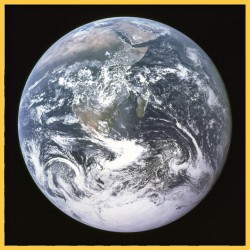 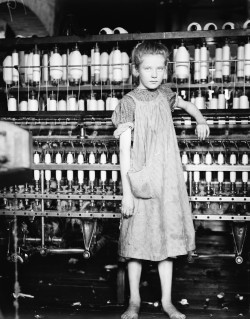 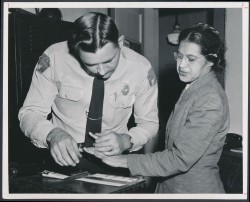 Rosa Parks being fingerprinted by Deputy Sheriff D.H. Lackey after being arrested on February 22, 1956, during the Montgomery bus boycott Credit: https://upload.wikimedia.org/wikipedia/commons/5/5b/Rosa_Parks_being_fingerprinted_by_Deputy_Sheriff_D.H._Lackey_after_being_arrested_on_February_22%2C_1956%2C_during_the_Montgomery_bus_boycott_-_Original.jpg

Instrument of Change: A Brief Look at Photography in the United States

Some of the earliest photographs in history captured the brutality of war, a major departure from the heroic and romantic stylization of battle paintings that preceded them. Photographs of the Mexican-American War and American Civil War were distributed through newspapers, bringing the wars to the front porches of civilian bystanders. Photography inspired an unparalleled sense of empathy, and its visual representation and accuracy generated a sense of truth, stirring the viewers' hearts. Unlike paintings and drawings, it was difficult to determine the artist's influence on the image, the lack of stylization made for a convincing representation of reality.

During the gold rush, photos of the great Rocky Mountains portrayed promising visions of prosperity and adventure, luring many to what turned out to be an unrewarding life of hardship, poverty and danger. The promise of the photograph was often overlooking the harsh reality outside of the frame. If one could afford it, exchanging portraits with loved ones was customary before embarking on such adventures. It provided a memento for a weary traveler of the home they left behind or a record of a family member who left but did not return. The sentimental power of photography altered our relationship to media, drawing us even closer to a representational image that could easily be mistaken as the very reality it portrays.

Photography was used for many reasons beyond sentiment. In some cases, Americans used photographs of landscapes in place of a legal record of lands in lawless territories. Driven by the ideologies of Manifest Destiny, Americans were consuming every parcel of land they could. Americans' gains were often at the expense of indigenous populations subject to violent and atrocious acts. Photographs perpetuated the divine-right narrative of Manifest Destiny, endorsing the genocide of non-white people. In the south, photos of lynchings were distributed as postcards. Scenes of African American bodies hanging from trees were circulated through the federal mail, perpetuating racist agendas and white supremacy. The opposing abolitionists and anti-slavery advocates also distributed photographs. Images of freed slaves, including Frederick Douglass, were depicted with dignity expressing their humanity and liberation from slavery. These photos spread throughout the underground railroad as a talisman of hope for a fugitive slave. Photos of freed slaves posing with sympathetic white abolitionists were also circulated to inspire empathy, multicultural unity and support from new white allies. Regardless of the message, photography proved to be a powerful method of communication in its formative years.

Photography arrived at a pivotal time in American history when the young country was coming to terms with itself. It has since remained instrumental in preserving the national narrative and constructing the collective identity of America. From the daguerreotype to satellite imaging, photography has stood the test of time to emerge as one of the most fundamental technologies in history. We have widely abandoned the railroads and steamboats, and the smartphone feels as far a technological leap as the telegraph was to a pigeon. On the other hand, photography has advanced throughout the globalization of the 20th century and thrives in the digitization of the 21st, emerging more accessible with each iteration.

Three million daguerreotypes were estimated to be produced annually in the United States by 1853, an astounding number for the era. Today, millions of photographs are made daily and shared online. With the advent of the Internet and open platforms for image and media sharing, photography is more accessible today than ever before. Nearly every aspect of our lives has been transformed into a digital format, often with the help of photographic technology. Many historical archives have been uploaded for public access, providing anyone with the Internet a first-hand view of the nation's visual archive. Photographic archives continue to grow as anyone who stores digital images online contributes to the collection. Two hundred eighty million Americans have smartphones in their pockets equipped with cameras and the means for self-distribution of digital photos at a global level. Open Web platforms have empowered photographers' autonomy, sidestepping the gatekeepers of previous generations and creating space for self-representation. An endless stream of images is absorbed in the vast internet archives accumulating at a rate too fast to measure. Most elicit little response. However, others have changed the world.

Photography is an immediate and accessible tool for documenting, and broadcasting has empowered the population to create influential media to mobilize others around critical issues. Impactful photographers like Lewis Hine (1874–1940) documented children in devastating working environments in the fields and factories of America (figure 1). Hine publicized his photographs to sway popular opinion in favor of protective legislation for children. A photo of Rosa Parks' after being arrested (figure 2) was used as a symbol for the Civil Rights movement, celebrating her actions in the Montgomery Bus Boycotts and refusing to comply with segregation laws. Images like the iconic Blue Marble (figure 3) became a symbol for the environmental movement of the 1970s with its depiction of the Earth, taken on Dec. 7, 1972, by the  Apollo 17 crew from about 29,000 kilometers (18,000 miles) above the planet's surface. Powerful photographs transform our world by reminding us of our interconnectivity, calling us to consider our individual responsibilities to one another and the planet we inhabit.

Photography's ability to shape public opinion was evident early on. Photographs, then, as much as now, empowered viewers to peer into the past or relate to unfamiliar places. Photographs are portals, expanding the capacity of our imaginations to offer insights into alternative ways of thinking about, living with and relating to others. They provide new vantage points of self-reflection, enabling us to gain broad perspectives on who we have been, where we are and where we might be heading.

Once integrated into American life, photography connected people in new ways and amassed an ever-growing visual archive for future generations. These photos still influence us today as they inform how we remember our history and interpret the paths that led us to our current place in time. From the early days of America's democracy, photography has helped to empower individuals with the ability to influence the policies that govern their lives. Given its adaptability, photography is one of the few mediums capable of keeping up with the current rate of change, positioning it as one of the most valuable tools in the pursuit of liberty and justice for all.

Matthew Contos is an Independent Curator, Writer, and Educator who works internationally with cultural organizations to create social centers, community collaborations, exhibitions, publications, and dynamic public programming. Contos recently worked with CENTER, a non-profit lens-based art and photography organization in Santa Fe on The Democratic Lens: Photography and Civic Engagement discussion series. Funded by the National Endowment for the Humanities, the public lecture series investigates the role of photography and civic engagement in U.S. history. Contos holds a Master of Fine Arts: Social Practice from the California College of the Arts, San Francisco, CA. And a Bachelor of Fine Arts: Studio Arts, University of Denver, Denver, CO. He has held positions within the art community for various organizations nationwide, such as SITE Santa Fe Contemporary Art Museum, The Center of Contemporary Arts, Creative Capital, and the San Francisco Public Arts Commission.

« Previous Column: 1867: A Snapshot of the Military Occupation of New Mexico Next Column: Indigenous in AI - Lakota Language Camp »