Journalism, Democracy and the Informed Citizen 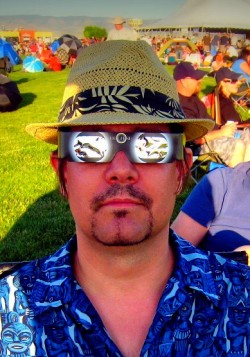 Fake News: Journalism Goes to Hollywood is a film and discussion series hosted by Devin Oâ€™Leary, chief film critic at the Weekly Alibi. Following screening of the feature film, Oâ€™Leary and a guest reporter or scholar will explore how journalism is represented through cinema. The series examines the role of the press in democratic societies and invites the audience to engage in conversation with the guests about theÂ future of journalism.

Fake News: Journalism Goes to Hollywood takes place once a month on Sundays at the KiMo Theatre in Albuquerque. The series runs through November.Â

Devin D. Oâ€™Leary has served as the film section editor and chief film critic for the Weekly Alibi newspaper in Albuquerque, NM for 25 years. Last year, he took over as the paperâ€™s managing editor. He has been the booker and host for Midnight Movie Madness at Guild Cinema since 2002. He was the founder of the Alibi Short Film Fiesta and served as its curator for 10 years. Mr. Oâ€™Leary spend the summer of 2008 in Hong Kong co-teaching a class on the history of Hong Kong film to a group of filmmaking students from New Mexico State University. He has written and produced four independent feature films here in New Mexico.

This FREEÂ program is part of theÂ Journalism, Democracy and the Informed CitizenÂ series made possible byÂ the â€œDemocracy and the Informed Citizenâ€? initiative, administered by the Federation of State Humanities Councils.Â  The initiative seeks to deepen the publicâ€™s knowledge and appreciation of the vital connections between democracy, the humanities, journalism, and an informed citizenry. 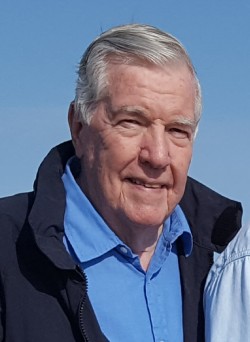 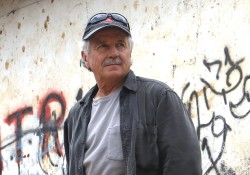 The New Mexico Humanities Council has been awarded a grant by the Federation of State Humanities Councils for “Democracy and the Informed Citizen,” an initiative that is generously supported by the Andrew W. Mellon Foundation in partnership with the Pulitzer Prizes to examine the intimate connections between democracy, the humanities, journalism, and an informed citizenry.  In partnership with noted scholars, authors, journalists, photojournalists, and news editors, we will host a series of public programs that explore what it means to be an informed citizen in today’s society.

In 1787, Thomas Jefferson wrote in a letter to Edward Carrington,

“The people are the only censors of their governors: and even their errors will tend to keep these to the true principles of their institution. To punish these errors too severely would be to suppress the only safeguard of the public liberty. The way to prevent these irregular interpositions of the people is to give them full information of their affairs thro’ the channel of the public papers, & to contrive that those papers should penetrate the whole mass of the people. The basis of our governments being the opinion of the people, the very first object should be to keep that right; and were it left to me to decide whether we should have a government without newspapers or newspapers without a government, I should not hesitate a moment to prefer the latter. But I should mean that every man should receive those papers and be capable of reading them.”

Today, the landscape of journalism is constantly evolving and so are people’s perceptions of the media.  With the advent of fake news and “alternative facts” the public’s trust has declined in journalists.

The World Wide Web allows news, vetted and otherwise, to travel faster and farther than ever before, erase physical and geographic differences, and then disappears in the twinkling of an eye. Add to that the increasing difficulties of the traditional print newspaper’s business model, declining ad revenues and circulation, disappearing space for actual news, and shrinking newsrooms, we ask, is the essential tool for a healthy democracy disappearing?

Journalism, Democracy and the Informed Citizen will explore why good journalism is crucial to our democracy; the social media’s impact on journalism; the history of journalism in NM; how the economics of print journalism is affecting the way news is received by readers throughout the state; how vital information about important issues of concern can contribute to an informed citizenry; and how financial challenges affect the very existence of the small-town newspapers.

Click the links below for public events and discussions on how journalism can contribute to our health as a society and our responsibilities as citizens.

Shooting the Pulitzer with Hal Buell »

The Road Most Traveled: Causes and Consequences of Illegal Immigration »

We cannot bring great programs into the community without support. The New Mexico Humanities Council has many to thank for their support.