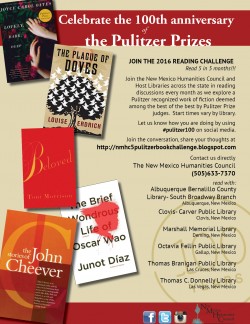 "The New Mexico Humanities Council supports the Pulitzer Campfire Initiative because everybody should have the opportunity to read and enjoy good novels. Reading fosters emotional intelligence and enhances social and personal interactions. The best literature provides for valuable experiences and personal growth. It is enjoyable and personally rewarding to read really good books and share details about life. It is pleasing and not just a theoretical activity," said Dr. Craig L. Newbill, the Executive Director of the New Mexico Humanities Council.

The NMHC will partner with six libraries across the state to engage in a five month reading and discussion series of Pulitzer Prize fiction, including winning and finalist works, set to begin in April 2016. Libraries hosting the monthly reading discussion programs include the Albuquerque Bernalillo County Library - South Broadway Branch, the Clovis-Carver Public Library in Clovis, the Marshall Memorial Library in Deming, the Octavia Fellin Public Library in Gallup, the Thomas C. Donnelly Library of New Mexico Highlands University in Las Vegas, the Columbus Village Library in Columbus, and the Thomas Branigan Memorial Library in Las Cruces, NM. Each hosting library will challenge and engage their respective community to read five Pulitzer Prize novels. Representing different historical periods, regions, and cultural contexts that reveal meaningful perspectives on ourselves, our culture, and the world we live in, the selected texts are: The Brief Wondrous Life of Oscar Wao by Junot Diaz (winner, 2008); The Plague of Doves by Louise Erdrich (finalist, 2009); The Stories of John Cheever by John Cheever (winner, 1979); Beloved by Toni Morrison (Winner, 1988); and Lovely, Dark, Deep by Joyce Carol Oates (finalist, 2015).

About the Pulitzer Campfire Initiative 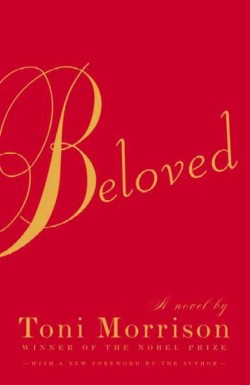 Beloved by Toni Morrison (Pulitzer winner, 1988) Set in rural Ohio several years after the Civil War, this profoundly affecting chronicle of slavery and its aftermath is Toni Morrison's greatest novel, a dazzling achievement, and the most spellbinding reading experience of the decade. Staring unflinchingly into the abyss of slavery, this novel transforms history into a story as powerful as Exodus and as intimate as a lullaby. Sethe, its protagonist, was born a slave and escaped to Ohio, but eighteen years later she is still not free. She has too many memories of Sweet Home, the beautiful farm where so many hideous things happened. And Sethe's new home is haunted by the ghost of her baby, who died nameless and whose tombstone is engraved with a single word: Beloved. 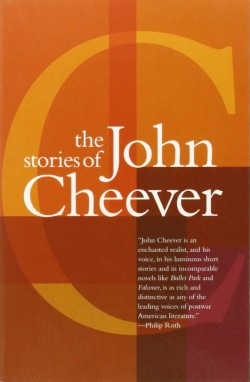 The Stories of John Cheever by John Cheever (Pulitzer winner, 1979) Here are sixty-one stories that chronicle the lives of what has been called "the greatest generation." From the early wonder and disillusionment of city life in "The Enormous Radio" to the surprising discoveries and common mysteries of suburbia in "The Housebreaker of Shady Hill" and "The Swimmer," Cheever tells us everything we need to know about "the pain and sweetness of life." 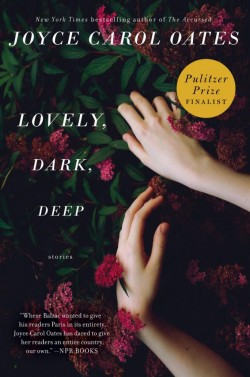 Lovely, Dark, Deep by Joyce Carol Oates (Pulitzer finalist, 2015) From the legendary literary master, winner of the National Book Award and New York Times bestselling author Joyce Carol Oates, a collection of ten mesmerizing stories that maps the eerie darkness within us all. Insightful, disturbing, imaginative, and breathtaking in their lyrical precision, the stories in Lovely, Dark, Deep display Joyce Carol Oates's magnificent ability to make visceral the terror, hurt, and uncertainty that lurks at the edges of ordinary lives. 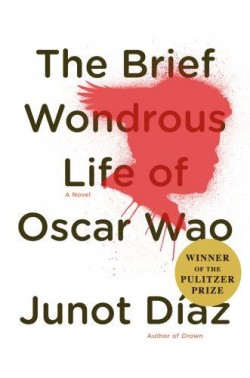 The Brief Wondrous Life of Oscar Wao by Junot Diaz

The Brief Wondrous Life of Oscar Wao by Junot Diaz (Pulitzer winner, 2008) Things have never been easy for Oscar, a sweet but disastrously overweight, lovesick Dominican ghetto nerd. From his home in New Jersey, where he lives with his old-world mother and rebellious sister, Oscar dreams of becoming the Dominican J. R. R. Tolkien and, most of all, of finding love. But he may never get what he wants, thanks to the fuku-- the curse that has haunted the Oscar's family for generations, dooming them to prison, torture, tragic accidents, and, above all, ill-starred love. Oscar, still waiting for his first kiss, is just its most recent victim. Diaz immerses us in the tumultuous life of Oscar and the history of the family at large, rendering with genuine warmth and dazzling energy, humor, and insight the Dominican-American experience, and, ultimately, the endless human capacity to persevere in the face of heartbreak and loss. 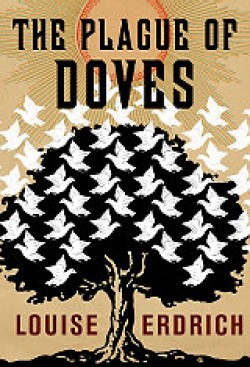 The Plague of Doves by Louise Erdrich

The Plague of Doves by Louise Erdrich (Pulitzer finalist, 2009) The unsolved murder of a farm family haunts the small, white, off-reservation town of Pluto, North Dakota. The vengeance exacted for this crime and the subsequent distortions of truth transform the lives of Ojibwe living on the nearby reservation and shape the passions of both communities for the next generation. The descendants of Ojibwe and white intermarry, their lives intertwine; only the youngest generation, of mixed blood, remains unaware of the role the past continues to play in their lives. Evelina Harp is a witty, ambitious young girl, part Ojibwe, part white, who is prone to falling hopelessly in love. Mooshum, Evelina's grandfather, is a seductive storyteller, a repository of family and tribal history with an all-too-intimate knowledge of the violent past. Nobody understands the weight of historical injustice better than Judge Antone Bazil Coutts, a thoughtful mixed blood who witnesses the lives of those who appear before him, and whose own love life reflects the entire history of the territory. In distinct and winning voices, Erdrich's narrators unravel the stories of different generations and families in this corner of North Dakota. Bound by love, torn by history, the two communities' collective stories finally come together in a wrenching truth revealed in the novel's final pages.

Goodreads: The Plague of Doves »

LitLover: The Plague of Doves »

Join the conversation online at our blog, http://nmhc5pulitzerbookchallenge.blogspot.com/ Let us know what you're doing by using the hashtag #pulitzer100!