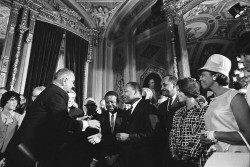 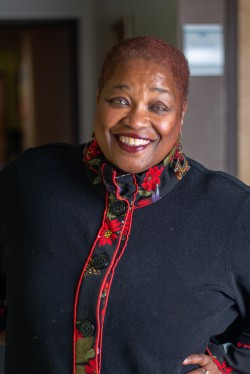 Now What?
Civil Rights & The Post-Pandemic Iconography of King’s Dream

How did buying a new mattress become the most prominent symbol in the annual celebration of President’s Day? (The holiday is officially known as George Washington’s Birthday, but the name changed in the 1960s to honor Abraham Lincoln’s Birthday simultaneously.) Are all such national holiday celebrations destined to devolve into reasons to shop or vacation?  The architects of the  Martin Luther King Jr. National Day of Service branded it “a day on and not a day off” to obviate President’s Day-like commercialization, but will that be enough to ensure the celebration remains true to its original purpose? The relevance of the MLK holiday is contingent upon remaining hypervigilant about reflecting on the true legacy of the Rev. Dr. Martin Luther King Jr’s message and discerning how the commemoration will serve to critique the country’s current state of affairs related to civil rights while also taking a look at what the future holds for the realization of King’s dream of a world where all people are judged by the content of their character and not the color of their skin.

Here’s What:  The 4-1-1 on the Civil Rights Movement and the role of Dr. Martin Luther King. Jr.
The rights of citizenship, including the right to vote and the right to be free from unjust discrimination, comprise what we usually refer to as “civil rights” in America.  These rights are protected and guaranteed by the United States Constitution and a canon of federal laws such as the Civil Rights Act of 1964, the Americans with Disabilities Act of 1990, and, most recently, the 2022 Respect for Marriage Act.

Every year since 1986 (legislation passed in 1983), people turn their attention to the commemoration of MLK (Martin Luther King Jr.) National Day of Service on the third Monday in January.  One of only four people in history (Presidents Abraham Lincoln and George Washington and American labor leader Cesar Chavez) to be honored with a national holiday commemoration, King is the lone African American ever to achieve this recognition.  The MLK holiday is also the only one dubbed a national day of service.

Dr. King, a brilliant orator, an ordained Baptist Minister, and a scholar who in 1944 entered the esteemed Morehouse College at age 15, became the leader and the face of the Civil Rights Movement in the United States in the 1950s and 1960s.  From 1955 until his assassination in 1968, King led the Southern Christian Leadership Conference (SCLC) and was credited with organizing the March on Washington for Jobs and Freedom in 1963.

January 15, 2023, is King’s 94th birthday.  He was a father, a husband, a son, and a larger-than-life personality—a human being with a long list of beautiful qualities and shortcomings.  And while we celebrate the man, the personage of Dr. King, the national holiday is arguably much more about his iconography—what he represents. Martin Luther King Jr. is one of the most recognizable symbols of the meaning and the furtherance of the Civil Rights Movement.  At my grandmother’s house in Oklahoma (the pseudo-South) where I grew up, King’s photo was hung next to the Sears family portraits and Jesus at the Last Supper.  The very image of the man, then and now, evoked conversations about the ongoing fight for racial equality and justice for all Americans.

So What? Civil Rights is A Journey Not A Destination
The movement in Congress to create a national holiday for Dr. King started just four months after his assassination in 1968. Still, it took 15 years for the legislation to pass, three more years for it to take effect, and another 14 years for every state in the U.S. to recognize the holiday.  Alabama, Mississippi, and Florida recognize MLK Holiday; however,  these states celebrate the person and the iconography of Confederate leader Robert E. Lee on the same day.  The fight to create the holiday and the opposition it encountered should serve as a reminder of the ongoing racial divide in the US.

If we are wise, we have the opportunity to use the MLK holiday as a means for amplifying the need to continue advocating for the rights of citizenship for every American.  Regarding voting, according to the Brennan Center for Justice, since early 2021, lawmakers in 27 states have proposed at least 148 election interference bills.  Critics say these bills are designed to roll back and suppress hard-won minority voting rights.  And we don’t even need to show a picture of the man who sparked the racial reckoning during the global pandemic—his image and what his photo represents are permanently etched in our memory. Corporations, individuals, elected officials, and government entities everywhere recognized that the 2020 dual pandemics (COVID-19 and racism) meant that we have much work to do to achieve freedom from unjust discrimination in the United States.

Now What? Civil Rights & The Post-Pandemic Iconography of King’s Dream
If Dr. King’s holiday is to evolve and avoid being co-opted by retailers, we must spend time connecting the messages behind King’s dream, and his adaptations of Josiah Royce’s Fellowship of Reconciliation principles for creating a beloved community. The King Center’s 2023 theme, “It Starts With Me: Cultivating A Beloved Community Mindset to Transform Unjust Systems,” embodies King’s dream that each person would accept their own personal responsibility for overcoming the triple evils of poverty, racism, and militarism.

If we have learned anything from the symbolic meanings of King’s work, we know that every single one of us can serve and contribute to change.  Every time any one of us is willing to examine our power to overcome these triple evils simply by saying, I will research the facts, I will seek first to understand and then to be understood, I will speak up about injustice anywhere, and I will commit that “I am the system; therefore I am the solution,” the Rev. Dr. Martin Luther King Jr.’s dream inches closer to being fully realized.

Cathryn McGill is the Founder/Director of the New Mexico Black Leadership Council. McGill is committed to being a part of creating a New Mexico where "Everyone Belongs". In the West African tradition, she is a Griot - a musician, a storyteller and a unifier.