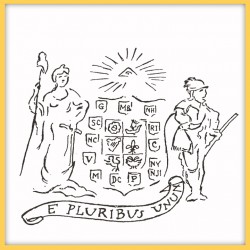 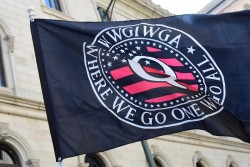 Mottos and Their Discontents

Mottos and Their Discontents.

Live and Let Live. Live Laugh Love. You Live and You Learn. Early to Bed and Early to Rise (makes a man healthy, wealthy, and wise). E Pluribus Unum. Don’t Tread on Me. Embrace Your Inner Self. One Day at a Time. Veni Vidi Vici. (I Came, I Saw, I Conquered – Julius Caesar to the Roman Senate.) Where We Go One, We Go All. Sic Semper Tyrannis. An Army of One. Be All You Can Be. Veritas….
Mottos are ubiquitous, and most of us could probably reel off a dozen of more with a minimum of effort. The Merriam-Webster online dictionary defines a motto as: “a sentence, phrase, or word inscribed on something as appropriate to or indicative of its character or use,” and in a second entry, “a short expression of a guiding principle.” It is this second definition that we may find most relatable nowadays; perhaps you have one that reflects your core beliefs about some issue, or that of some group you belong to? If you can think of one that registers in your life as important, ask yourself: what does my motto do?
Note that the question posed is not what does my motto say? We might assume that – if the motto is an effective one – its meaning should be clear. But mottos also do something. Think of mottos as one example of what has come to be called “performative speech.” In the sense of the second definition above, when you speak aloud your motto, (or wear a cap or t-shirt emblazoned with it), you’re not using ordinary speech. There is no response to a motto, except perhaps another motto; mottos are not dialogic. They are also not referential – they don’t refer to something in the world the way the expression “some trees have leaves” conjures a picture image of something familiar. As an example of what 20th century philosophers like J.L. Austin, John Searle, and Judith Butler have called performative utterances, mottos actually pronounce and enact an interpretation of the world – they call that world into existence. “One Day at a Time,” when spoken in any variety of 12-step recovery meetings, proclaims a willingness to approach life in a balanced, even-keeled way and encourages the hearer to do the same as part of a lived philosophy. “Where we go one, we go all”, associated with the QAnon movement, calls into being a supposedly shared belief in vast, labyrinthine conspiracies that sprawl through government and the media and involve a millenarian-styled outcome involving a savior figure and war. Live and Let Live pronounces a world of (hopefully) shared personal autonomy and resistance of becoming over-involved in other people’s affairs. And so on.

In all these cases, uttering a motto confers an identity on the speaker and offers that identity out to others, it is hoped, of like mind. The identity then becomes shared, and an in-group is formed; by definition, then, an out-group – those not sharing the guiding principle – is also formed. As a result, mottos have intrinsic ability to both unite and divide us, and in powerfully affecting ways.
To understand this phenomenon a bit better, I turned to the esteemed public scholar from the University of Chicago, Martha Nussbaum, whose book Political Emotions, surveys the relationship between moral and emotional sentiments and some of the central ideas of American democracy. According to Nussbaum, to enjoy justice and equality means buying in to the “effort and sacrifice” needed for making it available to everyone (when we’d really rather not), which takes real emotional attachment. But not, she warns, to the extent of unleashing those “forces that lurk in all societies…denigrating and subordinating others.” (She calls that “radical evil.”)
Simple problem to solve, right? And mottos should help stir up all those positive democratic emotions, maybe? How many can you name that fit Nussbaum’s bill in the past, say, 25 years – democratically stirring, but not factional or hierarchical?
As mottos seek to convey enduring ideas it’s unsurprising that so many of them come from an ancient, dead language – Latin. No self-respecting university or state of the union would be caught without one. Our country’s Latin motto “E Pluribus Unum”, (“One out of many”), was suggested by a Genevan, Pierre Eugene du Simitiere, to the committee designing the Great Seal of the United States. Du Simitiere’s original design for the Great Seal as seen here.

A later version added the eagle whose beak holds the banner featuring the immortal words. Before ceding its place to the more devout “In God We Trust” by an act of Congress in 1956, “E Pluribus Unum” found its way to the seals of all the branches of U.S. government, the U.S. Army, and even the U.S. Golf Association. I’m unclear as to what “one out of many” has to say about golf (many holes? One score?) but, as it’s the sport of kings AND presidents, we will let it pass. Perhaps “E Pluribus Unum” was fated to be replaced in a country where the tension between federalism and individual states’ rights was baked into the original recipe. In any case replacing the false certainty of Unum with a shaky trust in Pluribus may have just seemed pragmatic after the Second World War and on the brink of the 1960s.

New Mexico’s entry in the world of Latin mottos – “crescit eundo” (“it grows as it goes”) refers to the motion of a heavenly thunderbolt across the sky and comes from the materialist philosopher Lucretius’ De Rerum Natura. I’d love to know more about how we arrived at Lucretius for our slogan (hedonism/Land of Enchantment connection?) – and kept it both as territory and later as a state – so if you’re reading this and can share…or if you know how we can get a few thunderbolts and the rains we need along with them…? Also, are there Spanish or indigenous language alternative mottos that have been proposed and considered?
Researching mottos is, at times, a journey into the inscrutable: how to explain the U.S. Coast Guard’s Life-Saving Service’s “You have to go out, but you don’t have to come back”? Maybe it makes more sense if you say it aloud. But then it really would be more of a slogan. Unless it’s something the founder of the Coast Guard said, which might make it… an aphorism? Or take the motto of Pakistan’s University of Agriculture in Faisalabad: “The University Brings Out All Abilities, Including Incapability.” Wonder how many t-shirts get sold at the student union with that one proudly displayed. But mostly mottos are thuddingly obvious, shorn of nuance, as subtle as a slap across the cheek.
And maybe that’s the issue.
By distilling complex ideas – ideas with origins and a history of development over time and multiple facets - into simple, memorable phrases, mottos allow for easy and wide identification with shared notions, but at the risk of eliding significant shades of difference. We might remind ourselves that, while connection and commonality are important in all of our relationships, we should resist romanticizing community and group identity at the expense of shades of meaning and difference. Nussbaum’s approach is insightful and, covering many places moments in history, and philosophies, can’t be summarized into a motto. But, essentially, she wants to reinvent the idea of a civil religion, a religion of humankind, that first arose when Europe was shaking off its old feudal ties to the monarchic authority. This civil doctrine would take note of the importance of love in inspiring the shared feeling of community and the challenge of overcoming coercive shame and fear. Love underlies justice for Nussbaum, because shared respect, while necessary, is too removed and abstract. Only love in all its forms – romantic, familial, fraternal – is potent enough in Nussbaum’s conception, to overcome the injustices societies perpetrate on certain segments of its members. It’s no surprise that her book’s heroes are Gandhi and MLK.
I’m going to resist the temptation to end with a motto other than, maybe, “Beware Mottos”. Instead, I’ll ask a question: What mottos do you know that create an identity, but don’t exclude? No more than 15 words, please, and no semicolons allowed.